What if when people die, they are able to “read” or somehow “teleport” into others’ minds that are still alive? Influence their decisions, give them little “clues” or whatever… I know, sounds like Schizophrenia, right? But seriously. What if?

I can draw a line through my spiral
It cuts through tension and liars, though
The points in my timeline may harmonize
The fading dissonance is beautiful

Your circle is an endless loop
You think it’s a line, fool
Broken records and needles don’t rise
I got out with smoke and voodoo

Learned me good, you says, but
I got nothing but depressed, then I
Found a tool to synchronize
Now I know I can be happy instead

I’m better than you
Yeah and you know it, too
My lines cut through Madrone and Pine
And now you’ve got no one else to fuck you

Memories are like feeding flies
Looking for a way inside, but
These days I get so high
I get so high

I’m still learning the ropes
Still trying to cope, and
Still on that dope, I’m
All wrapped in smoke

Ego is like gravity
Seducing me
Pulling on desires of
Infinity

Only love can conquer hate.

I hate this term. It gives the impression that someone else’s perspective is at center stage and they’re feeling sympathetic toward the ‘poor little dark skinned people’, the ones who need to be stuck up for. “You matter too, sweetie!” ..makes me wanna wretch.

What I’m saying is, I’m sad that we have not evolved past this whole thing yet. We should have centuries ago. There should be no “Black Lives Matter” movement because OF COURSE THEY MATTER. It’s stupid to think that ANYONE’S life DOESN’T matter, ESPECIALLY because of their heritage or race. The fact that race inequality is a thing in 2020 is disgusting to me. Let one be judged by the content of their character.

Fuck those who believe otherwise, for THEY are the ones sustaining a rift between races.

Connected
We are
Intertwined

Reflected
See our
Own demise

Connected
I am
Intertwined

Reflected
See your
Own demise 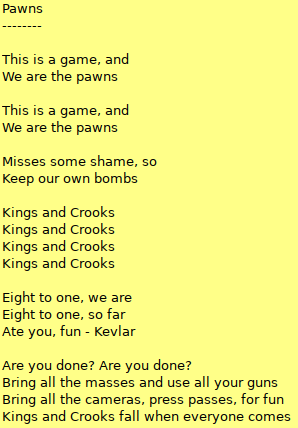 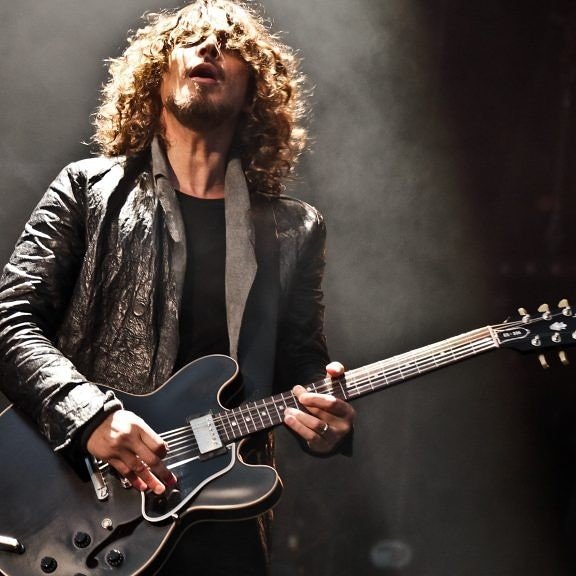 His life story is synonymous with Seattle’s global grunge revolution in the 90’s and he continued his musical contributions until the very end. He is a true legend; the world is must more true because of him.

Thank you for your music, Chris.

The odds were stacked against him.

Some days are just stacked so high, there’s no fighting it. Subconscious and unconscious cues and influences invade and infect your psyche and you are turned into a werewolf, a zombie.

Blame externals all you want but the singularity persists that it is YOU, through and through.

Coincidental mentions of almost identical thoughts and current situations by streaming radio DJs, observations of others with no contact…and simply the *feel* of dread envelopes an ego… it’s too much to dismiss.

An inevitable Epic Battle begins and it is simply too much for this warrior to fend off. He is already weary from the day’s gravity. He succumbs to the most intimate, in his own domain no less. Shameful. He dies, walking bloody into the creek.

But he’s safe, he brought his EDC and is ready for whatever comes next. Or at least that’s what may help bring hope, if nothing more than a physical representation of the will to go on.

What are you going to do when you’re rich, but can’t afford to breathe?

I remember
How long the sun was out

Fall, feather
And now I drown you out

I feel
Years past of today

I steal
Memories don’t go away

Amazing
The mind is a gift

I’m playing
It shines in the bliss

Yeah, you always piss us off
You always go too far
All of this is just
Everything you are

If, in some parallel universe, there existed an 8-bit video game about Mother Love Bone‘s quest for stardom – Stargazer would be the music that plays on the continue screen when you “die” (no pun intended…ugh..sorry Andy lol).

I think this is because I feel it’s somewhat similar intro tune to what I remember was Target: Renegade‘s continue screen.

Kill me and I’ll
Kill you first

You worried of fire and flood
Of tainted blood

But you kept hurting me
With white hot machines

But now I can see
And now you can’t breathe

So how does it feel?
Now is it real?

Earth is a living, intelligent and creative being – and it’s defending itself.

I want to produce a radar speed sign that, instead of flashing and telling you to slow down if you are going over the speed limit (negative), shows an animation of balloons + dancing people when you are at or below speed limit (positive).

I know for sure that the seed for this kind of mentality was planted early in my life during a very specific scene of “Who’s the Boss?”. Who knew that me pondering this scene countless times throughout my life would produce an idea as AWESOME AS ^^^ !! =p~

“Michael I. Shamos, a professor of computer science at Carnegie Mellon University who is a proponent of electronic voting and the examiner of electronic voting systems for Pennsylvania, stated “It’s the most severe security flaw ever discovered in a voting system.” Douglas W. Jones, a professor of computer science at the University of Iowa, stated “This is the barn door being wide open, while people were arguing over the lock on the front door.” Diebold spokesman David Bear played down the seriousness of the situation, asserting that “For there to be a problem here, you’re basically assuming a premise where you have some evil and nefarious election officials who would sneak in and introduce a piece of software. I don’t believe these evil elections people exist.“ 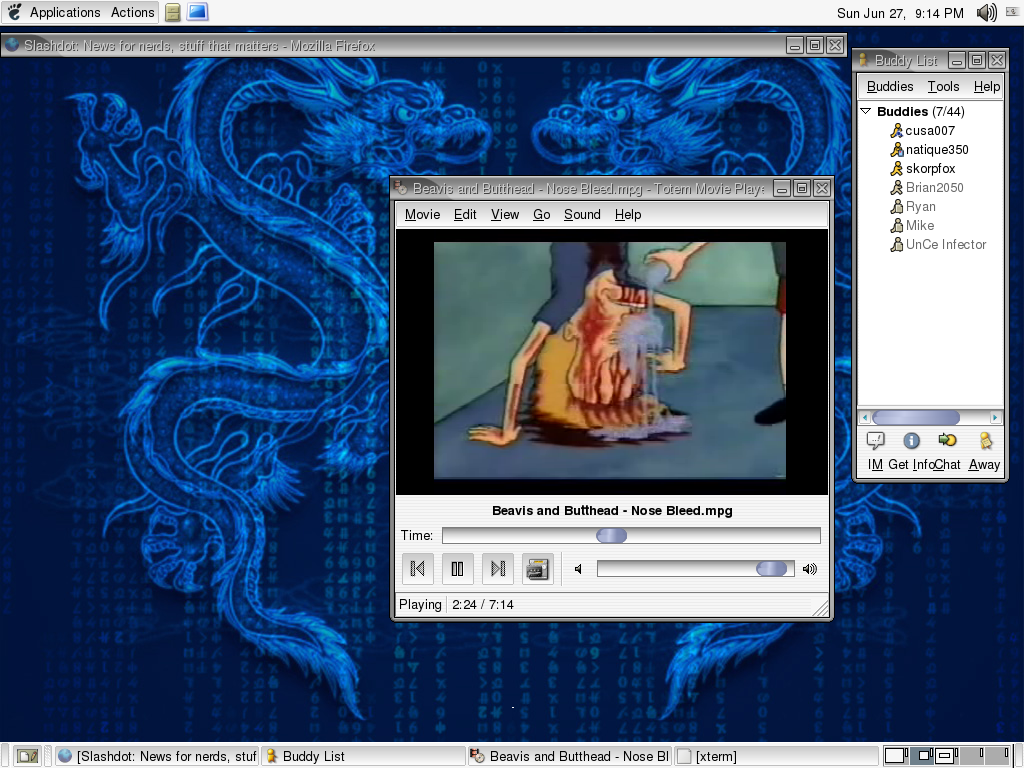 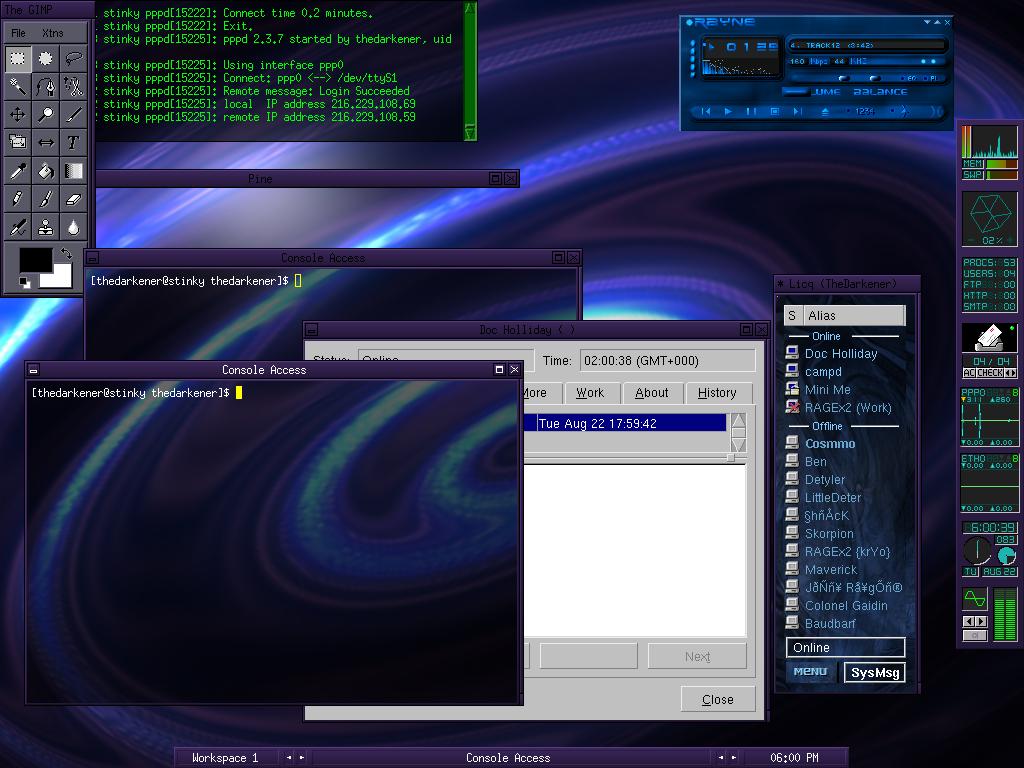 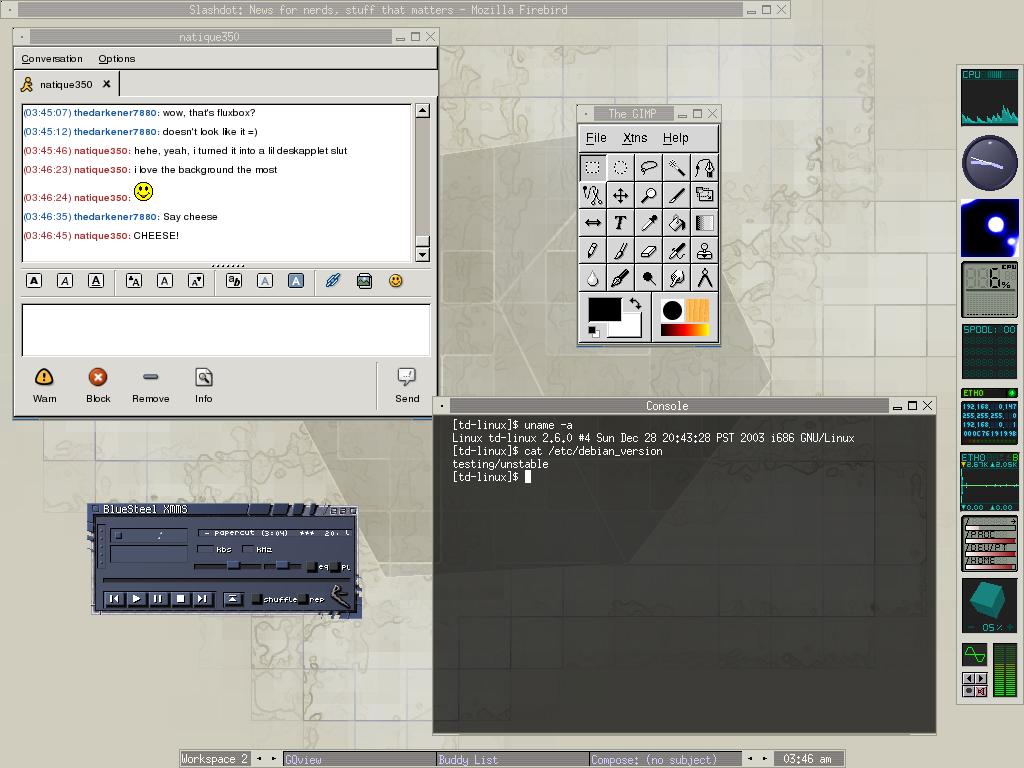 Every move has strings attached
Now they’re withered and dry from friction (fiction)
And your desperate pleas to come back
Will still only feed your addiction, because

Now, outside can I see
What you’ve always seemed to be
I’ve stepped out of your maze
But you’ll never be free, because

You’re so selfish
Why can’t you see this

My thought process as I age is sort of like a never ending labyrinth of nested if statements.

EDIT 2020/02/27: I always imagined the bridge (@ 1:51) of the eventual studio recorded version of this song would contain various clips from newscasters describing war scenes, current situations and general wartime fearmongering in a fictional war between the U.S. (the aggressor) and a random foreign country. As the bridge builds, the audio clips get more intense, accompanied by clips of in-battle war skirmish sounds – gunfire, explosions, aircraft, screaming of orders, screaming of fatally wounded soldiers – all of this then accompanied by rash clips of world leaders decrying manifestos, rants, charges at others – all mixed up in a blender and randomized/cut together into a fat blob of distortion and electricity and chaos – until the segway into the last chorus (@ 3:05). Fuck I’d love to do that still. Maybe I’m biased but this song rocks my fucking balls off. I miss playing it, I miss the energy I got from playing it. Travis, you’re a mastermind and this song is proof. Justin, who the fuck else could nail this song like you did on drums. Perfection.

Please excuse the rough recording, it was at a random practice at Amanda’s house. Ended up being one of the only recordings left after I deleted most of our stuff when the band fell apart. I wish I didn’t do that.

“The Terrorists” was a rock/punk/alternative band I was a part of in 2009-2010. The name was a play on the role the United States was playing on the world stage at the time. This one was one of my favorites. 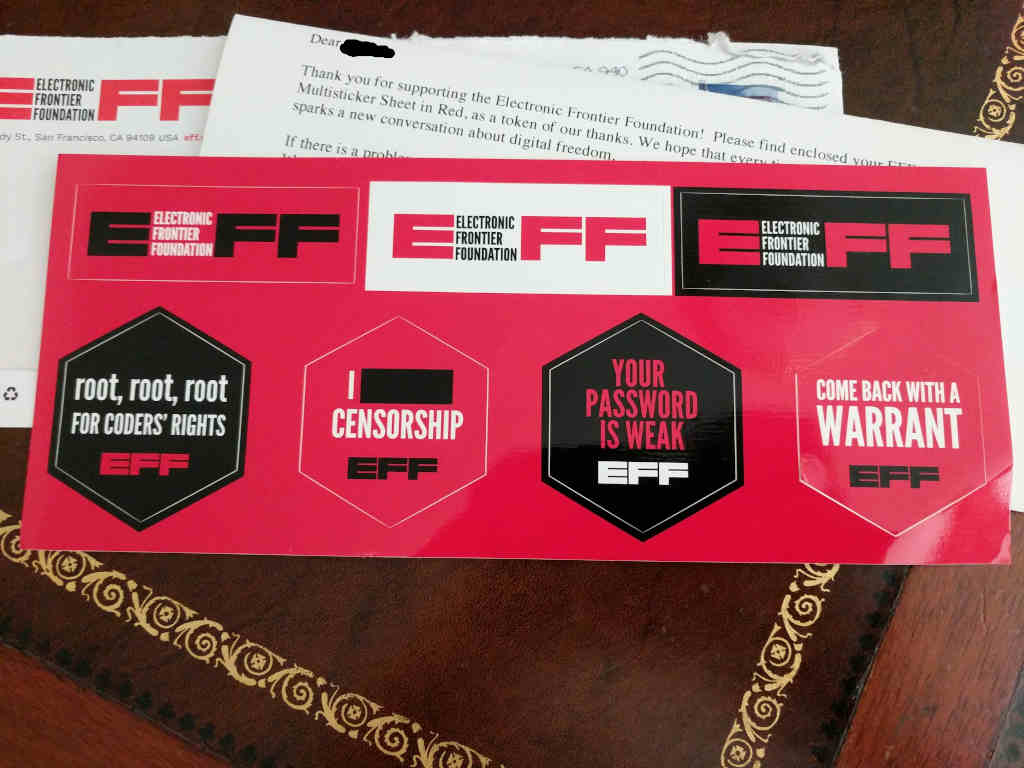 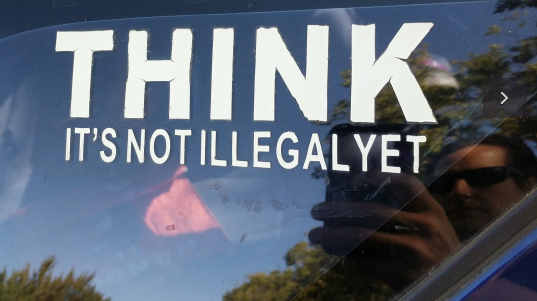 “Headphones make their own rules of etiquette. We assume that people wearing them are busy or oblivious, so now people wear them to appear busy or oblivious — even without music. Wearing soundless headphones is now a common solution to productivity blocks. Baldwin’s invention for the Navy has become a social accessory with a explicit message: I am here, but I am separate. In a wreck of people and activity, two plastic pieces connected by a wire create an aura of privacy.“ 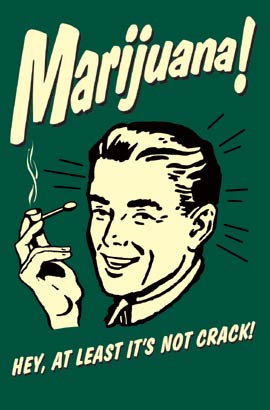 This article is a very interesting history of Rock ‘n Roll music and the subject of race in its upbringing and subsequent widespread popularity.

I’m not old enough to have experienced what it describes but the Internet is filling in a lot of gaps for me. It’s very interesting how *who* played Rock ‘n Roll music had so much to do with the music itself, and how the conflict of some peoples’ moral standings drove them to try and bury those who enjoyed it.  This line kind of sums it up for me:

“This is not to suggest that the Rolling Stones were rendered as black, but rather that they were rendered something other than properly white.”

I’ve contemplated, many times, *why* exactly people are so afraid of those who look different than themselves. Skin color, body weight, sex, sexual orientation, style, …I came to the temporary conclusion this morning that the visual senses do more bad than good in a lot of cases. I kind of wish nobody had eyes sometimes.

EDIT: Visual appearances are one thing, but culture is likely, IMO, a very strong reason why people are the way they are when it comes to deciding whether to fear something or to accept/love something. Visual cues are a piece of the puzzle. This is an interesting thing to contemplate for me. Something to step back from and analyze from different levels of consciousness.. Likely more edits later.

EDIT 2: Ah, as I finish the article I learn new words…xenophobia!

“Because ‘the cloud‘ is just someone else’s computer, and you never know where your data will end up or when they will alter or terminate their services.“