Sometimes I think it’s necessary to move backward to figure out how to move forward.

Listening to an old gig I played bass in, and fucking a…I sucked so bad. I mean, we all sucked, I guess. But holy shit, I’m glad bars sell beer because everyone seemed to still have a good time.

I don’t watch a bunch of television but recently ran through Mike Judge’s “Silicon Valley”. I really enjoyed the series; it’s refreshing to find such high quality production consistently get technology and business right. John Stafford (the Datacenter manager, pictured) is hilarious. I’m just happy to see areas like this get some attention I guess!

I’m really enjoying i3 (tiling window manager). I’m no expert but after using it for about 2 months I’m pretty comfortable with it. I used to be intimidated as tiling WMs were so foreign to me. For many years I was a fluxbox faithful but I found myself constantly arranging my windows in ways that a tiling wm does naturally. Seemed like a good idea to just take the plunge and force myself to learn how it worked. It wasn’t that bad! I’d say I’m much more productive with it. Moving stuff around is much faster, and I really enjoy the each-monitor-is-a-workspace concept. This way I can switch workspaces individually on each monitor. In fluxbox each *set* of monitors was a workspace, so I’d change workspaces and *both* monitors would have different apps running. The general concept of workspaces in i3 is really just more up my alley.

How to get away with cheating – the MAGA Republican way

Step 1: Accuse others of doing the same thing, loudly and ad nauseam. Pay no attention to evidence, facts or reality – nobody cares.

Step 2: If you get caught, deny it. See step 1 re: evidence. Use the legal system to drag it out until people get nauseous and don’t want to think about it anymore.

Step 3: Double-down on your original accusations. Pepper in additional lies along with personal insults. Do it louder than before. “Flood the zone with shit”.

Others argue that man created God.

I believe both to be true.

Those who “follow the leader” are, by definition, not leaders.

I remember when I went to tech college, a classmate/friend of mine said he always wanted to form a band with 2 bassists – one for the low end and one playing as lead.

I always thought that was a fucking cool idea.

He also once said about our networking teacher: “He’s got a T-1 directly to his brain.”

He was also the one that first said to me, if you do acid three times, you’re considered legally insane.

He reminded me of Trent Reznor.

And the piano, it sounds like a carnival
And the microphone smells like a beer
And they sit at the bar and put bread in my jar
And say man what are you doin’ here?

Why do you
Talk to yourself
Like you’re someone else

Back before Elon Musk’s electric car company, there was the rock band that actually wanted to be named “City Kidd”. They got the message back then about global warming.
I had the CD this track was on when it came out. I was a teenager and recently obtained it again in my early 40’s. I had forgotten about the song “Solution” and thought it would be appropriate to talk about it now that the human race hasn’t quite united yet on sacrificing or compromising some aspects of their life for the sake of the future of the planet, the human species, and every other living thing here.
—
Lyrics:
Down to the wire, on the end of the road
Down to the wire, and the kids don’t know
Mother Nature’s on her knees, and we’re the reason of her disease
Hangin’ off the ceiling, climbing up the walls
Crawling on my hands and knees to make it through it all
Now we can change or stay the same, one’s the answer and the next to blame
Solution is a world of change

If we’re gonna make it through tomorrow

Down in the dirt and fallin’ out on the street
Crossin’ the line myself (to make it to me)
Mother Nature’s still on her knees, and we’re the reason of her disease
Hangin’ off the ceiling, climbing up the walls
Crawling on my hands and knees to make it through it all

Now we can change or stay the same, one’s the answer and the next insane
Solution is a world of change

If we’re gonna make it through tomorrow
The solution is to make a change today, oh yeah

Make it, I said make it!

Now we can change or stay the same, one’s the answer and the next to blame
Solution is a world of change 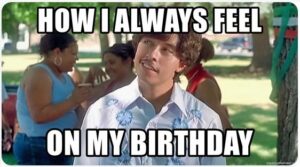 As long as you want your emotions gone, that is you want to battle with them, to control them you will always lose and feel overwhelmed. Whatever you resist, persists.

It is a good idea to get out of the habit of resistance because it is resistance to our negative emotions that cause us suffering and not the emotion itself. Emotions are truly neutral, resistance turns them into negative.

To fully accept an emotion:

2. Don’t try to feel better – this is our bad habit of resistance. The good intention to feel better is a way of saying I don’t want to feel how I’m feeling now which is rejection. A good test to see if you are accepting is if you can honestly answer no to the question ‘would I mind feeling like this forever?’ (It’s okay if your answer is yes, it takes time to cultivate this attitude, Rome wasn’t built in a day!)

3. See that what you are is acceptance. True acceptance doesn’t come from the mind, it’s not an action that you do. Acceptance is your nature, the nature of consciousness. Consciousness has no way to deny any appearance in it, it’s like an open space. If you understand that that is your true nature you will know it was never you resisting in the first place, it was all the mind

4. Be kind to yourself, it takes time to undo the habit of resistance – we’ve been doing it for so long!“

As I climb the crest of the mountain
Exhaust from the dump truck in front of me lingers and flows into my windows
I’m setting upon another journey on the same tired road I’ve driven ten million times before
Would I be crazy to think that this time would be different?
To think that all of my good deeds and karma would finally pay off?
Or would they simply lead me to entanglement and yet another spider web
And force me to lose an arm to break out…

This road is like a maze, with twisty passages that all look alike
I’m an adventurer, seeking only to explore
But to be free, you must be prepared for war
So with a sword and a stiletto in my hands
I will face the trolls and thieves
And in the underground I find light
Much brighter than above, from a lantern
And I must bring it with me
Else be eaten by a grue
For it lurks in the shadows
Below and above ground
With no discrimination
But for adventurers like me who hold no agenda, but to find happiness and comfort
And maybe some treasure

But let me break the fourth wall
Let me run from the forest directly into the cave
Let me pierce this reality
This is all just a game
So when it’s all over
Let me return
To this bright, familiar road
That I’ve traveled ten million times before
Only to convince myself that maybe this time things will be different

Shifting poles
Like a candle to a book
Burn all of my doubt,
To be

Magnetic
That’s all it took
Turned inside out,
To see

An interesting video on “breaking up” with a narc. We all know ‘that person’ and to me it’s pretty crazy how observable the patterns are across completely different humans who carry the same general personality traits.

Tree, botanical
Balance surrounding
I hope the prize
Grounds all of me

This is about religion, not politics.

My intention is quite the opposite.

You could say this for any belief system that people take too literally, although I do find it plausible that the orientation of the planets in our solar system has at least something to do with our moods. Force of gravity for instance – humans are made of up to 60% water. The moon pulls on us like it does the tides. Just one very simple example of why so many people believe there’s something to it.

Two days ago California lifted the mask mandate for those who are vaccinated only. Those who are unvaccinated are still required to wear masks indoors.

Here’s my rhetorical question: What makes anyone think that anti-vaxers are going to suddenly start following the rules?

I can understand the need to re-open fully for the economy’s sake, but personally it’s a sad state of affairs when money is pitted against public health, no matter to what degree.

Here’s to the 5th wave (cheers), damn I hope I’m wrong though.

“Let’s go Brandon” is a popular phrase among the alt right because they feel they’re getting away with saying “Fuck you Biden” without actually saying, “Fuck you Biden”.

Because that would actually require, you know…balls.

It is easier to control people by appealing to their worst qualities rather than their best. 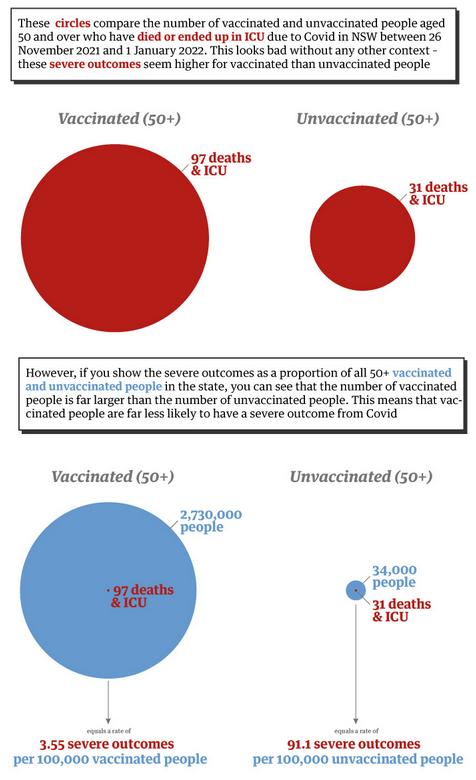 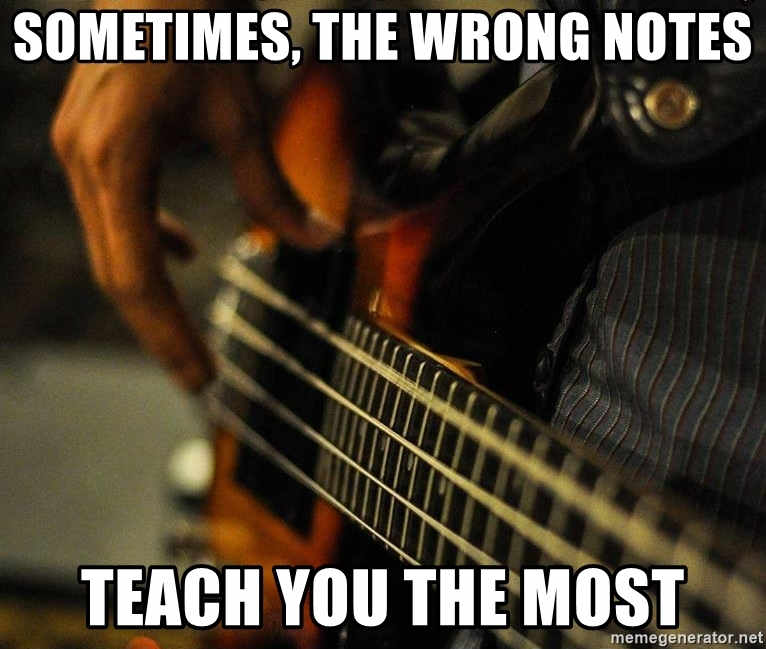 I feel like major news outlets today try to keep Biden in check by reiterating what he claimed he would do when he was put in office last year and how he’s fallen short so far.

I know that you’re starting to
Find out the truth

To the biggest conspiracy
Since we landed the moon

Please understand and
Just turn off your phone

Get ready to hear it,
You’re gonna be pissed

But I had to tell someone
Giraffes don’t exist

Theory: Hard-right conservatives and Trump supporters accuse Biden of characteristics that Trump demonstrated while in office even though they bear no relation to Biden in reality. I believe they’re doing this as a subconscious action or reflex of suppressing their fear and self-admittance to having supported Trump, given the fallout and continued mountain of evidence that is stacking up against him and what actually happened during his presidency (especially in relation to January 6th insurrection).

Let’s take a look at this pretty list of characteristics:

Who are we talking about again?

Major facets of a nation, things like the economy, society, image and culture shift much like steering a boat. It’s going to keep turning in a particular direction as it gains momentum. Just because it’s been a year doesn’t mean that we’re not still experiencing the steering of the previous administration. No matter how much you crank the wheel in the other direction, depending on how aggressive that last turn was you’re only going to be able to correct so much in a certain amount of time.

The current narrative enables those who wish to continue to suppress the truth, even to themselves, and point their finger at a scapegoat in the name of believing they are ‘still the righteous ones’. Anti-intellectualism is a hell of a drug.