“The federal government was unprepared for this insurrection, even though it was planned in plain sight on social media for the world to see,” Maloney said. “And despite all the military and law enforcement resources our government can call upon in a crisis, security collapsed in the face of the mob, and reinforcements were delayed for hours as the Capitol was overrun.”

Republicans sought immediately to change the focus to the civil unrest that arose from racial justice protests, suggesting that Democrats outraged over the Capitol riot failed to strongly condemn violence last June in the days following George Floyd’s death in Minneapolis.

Oh the racial justice protests? You mean the ones where people were protesting the unjust and intentional murder of a black man for no good reason? The ones where 90% were peacefully protesting and police still brutalized them? The ones where police were absolutely prepared with masses of cops, militarized police weaponry, using tear gas like breathing air?

There’s a BIG DIFFERENCE between condemning a categorically minority percentage of bad actors in a nation-wide protest against a police man intentionally murdering a minority (again…I was 11 years old when Rodney King was brutally beaten by the LAPD and the phrase, “Can’t we all just get along?” was imprinted in my young mind forever), and condemning an attempted coup against our nation’s capitol by domestic terrorists that were fooled by a lifelong con-artist who wanted to remain in power so he could complete his dismantling of what little democracy we have left…and for what? His own personal gain? All along the way, dismissing COVID-19 with no plan? And do we want to even contemplate revisiting the hundreds of other completely insane choices he made as POTUS? Do we? Can you even fucking imagine where the U.S. would be if he were still POTUS today, in May 2021?)

Trump *absolutely* allowed what was happening at the capitol. He was excited, glued to his television while it unfolded. He ignored pleas from his government, his people. There was no action to stop what thankfully turned out to be a literal shit show. Trump. Caused. The. Capitol. Insurrection. And everybody needs to understand this. It is undeniable.

Listen– I don’t mean to upset or criticize anyone for their opinion. But we have to remember that what happened on Jan. 6 2021 is not comparable to the BLM protests. They were each spawned into our collective reality under much different premises. We have to examine each of them for what they were, why they were so we can understand that nobody wants violence to be the outcome of civil unrest. We’ve got to see that the gaslighting and psychological mind games being played by Trump and Republicans in Congress to the public, most notably for the past 13 years (starting with the Obama ‘birther movement’ conspiracy theory) need to stop. We all know what’s happening right here, right now. We understand the history and the motive behind it. I have faith that the American people, by and by, will ultimately remember that liberty and justice for all isn’t dead. We just have to stop playing these childish games. 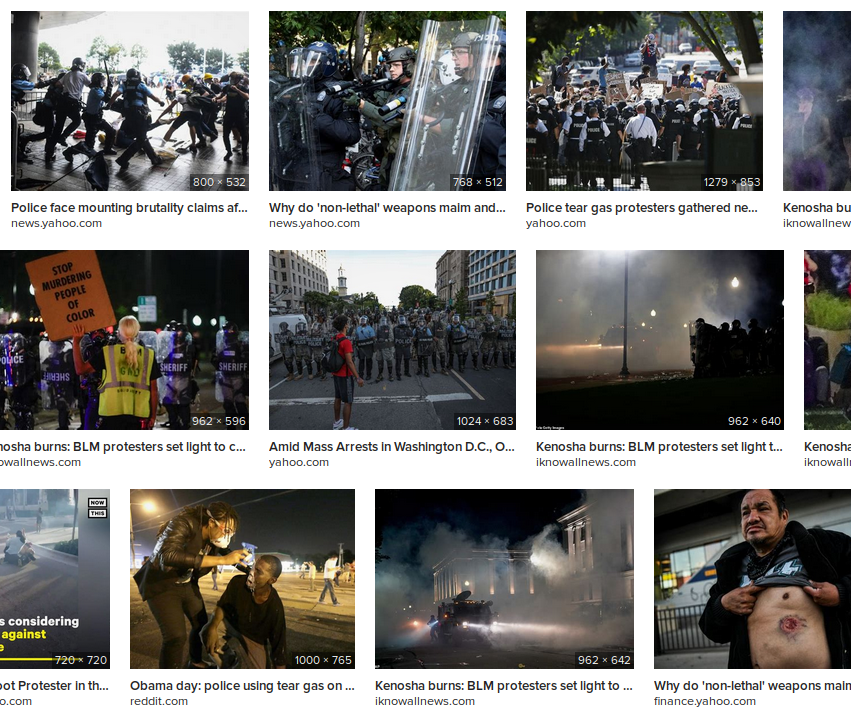